A key part of the SIFF Meetings was the international panel presenting Tax Incentive Laws for film production. The panel consisted of four members from Belgium, Hungary, Macedonia, and the Bulgarian tax consultant and financier, Valeri Kolchev. The countries’ representatives explained the various ways to attract foreign film production to shoot small or big budget films, and the resulting benefits. 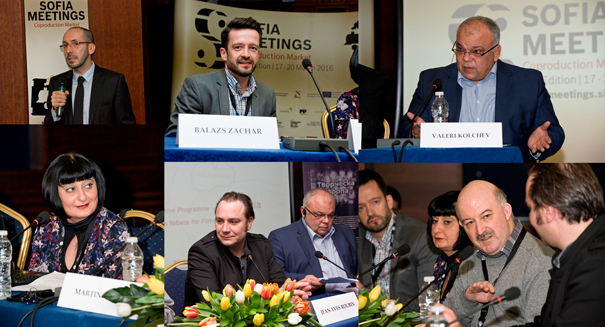 As a cultural and entertainment affair, movies are a big part of our lives. They are in a way, the perfect ambassadors. Their message reaches all generations, and delivers an idea that resonates long after they are made. Many people go to the Central Railway Station in Budapest, for example, just because it’s where Agent Hunt was on his next Mission Impossible. They visit the Skellig Islands looking to find the Jedi Temple of Luke Skywalker, or relax on the coast of Croatia among the walls and castles of Game of Thrones.

The main reason the producers picked up these locations for their films is not the location itself. It’s the film production incentives these countries offer to filmmakers. The realization of a movie is a complicated endeavour, which requires an assortment of services, professional labour, and financial planning – so keeping budget is crucial to each project.

More than 20 countries around Europe, and many more around the world, have introduced their incentives – tax breaks, cash rebates or other types of financing on a national, regional and local level. Bulgaria is one of the countries that still does not offer anything of the kind, besides low tax rates, which is not enough. For example, the total tax burden for the business, according to the World Bank in Bulgaria and Ireland, is equal – around 27%. Ireland offers 32% cash rebate for filming on its territory, while Bulgaria offers none.

According to Valeri Kolchev, who was part of a research team commissioned by Nu Boyana Film Studios – foreign film productions in Bulgaria deliver between 19 and 21 cents from every Euro spent in the country directly to the state budget, which is equal to a sum of 8 million euros per annum. The rest goes to small businesses from various sectors – hotels, restaurants, food processing, apparel manufacturing, transport, construction, etc.

At least 1,000 small companies can have contracts within one major film production in Bulgaria, and at least 3,000 people can work for a single motion picture. The services provided around the execution of a film boost local business, and increase the cooperation between local and foreign filmmakers, thus increasing the overall quality of filmmaking, and film industry competition as a whole.

It is crucial for the government to understand the importance of the country’s promotion, which these projects bring.

Macedonian law is new, it was adopted a year ago and Macedonia managed to collect a budget for its financial incentive program of around 7 million EUR annually, which has already attracted many producers.

In other examples, Hungary offers a cash rebate of 20%, which a year ago was increased to 25% and even ¼ of these expenditures could be made outside Hungary in the interest of the production. Belgium could return to the producer up to 50% of the eligible cost of the production, as the country offers an elaborate scheme of tax rebates and bank loans.

Although the film industry in Bulgaria is one of the few growing industries in the country, the government still hesitates to introduce any kind of support for foreign producers, which would help the local filmmakers as well. Bulgarian producers attending the seminar expressed their struggle with the lacking financial incentives in the country.

The panel explained that there is even an unofficial competition between countries in Europe to provide the best structure, and assist foreign productions. Their hope is for Bulgaria to join, and also benefit from the film-making global market.