In collaboration with Code Fashion TV we are hosting a very special concert with 50 Cent on October 9th. Come see the works of 30 top designers as they strut their stuff on the catwalk at Nu Boyana Studios.

It was an honour for us to host at Nu Boyana one of the biggest annual events for L’Oreal Professionel Bulgaria their Artistic Forum 2017. The event gathers over 600 professional hairdressers and guests from all over the country to celebrate together the past academic year and the beginning of the new one. L’Oreal Academy Bulgaria with the help of our Boyana Events team created a magnificent atmosphere, amazing sets and stages for the guests at the studios. 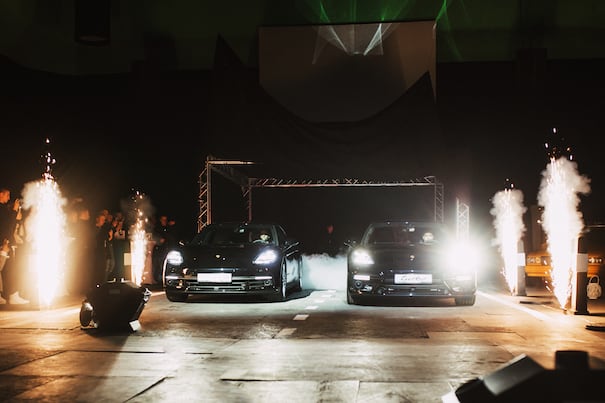 Porsche Bulgaria chose Nu Boyana Film Studios for the Sofia Launch of the new Panamera. Boyana Events team organised a magical evening for all admirers of the famous brand.

For the first time Nu Boyana opened doors to an exciting Halloween event for kids and adults. On Saturday, October 29th, part of the studios transformed into a Haunted House. The first of a kind scary maze in Bulgaria was built on one of the sets from our recent movie productions. Dressed amazingly by our set decorators and using real film props, the Haunted House welcomed its visitors with enthralling sound and light effects.

As part of this year’s Tole-Fest, the ancient set in Nu Boyana Film Studios will transform into a stage for the acoustic piano show of the Israeli music icon Idan Raichel on Saturday, September 17th. On the day when the city of Sofia celebrates “Faith, Hope and Love”, the Israeli keyboardist, poet, producer and composer, Idan Raichel, will preform with part of his famous multicultural group, “The Idan Raichel Project”, at their first-ever concert in Bulgaria.

Made in Nu Boyana

Our student film competition gives chance to young filmmakers to show their best potential! Four student teams shot their short movies in the last week of August, using everything they need on the territory of Nu Boyana Film Studios – equipment, sets, wardrobe, props and etc. The teams were formed of students, holding different positions – Screenwriter, Director, DP, Camera Assistant, Script Supervisor, Stylist, Set decorators, Video Editor, Sound Designer, Production Assistant and etc. The teams were given basic script guidance for the concept of their short movie and they decided weather to make a comedy, a drama or action