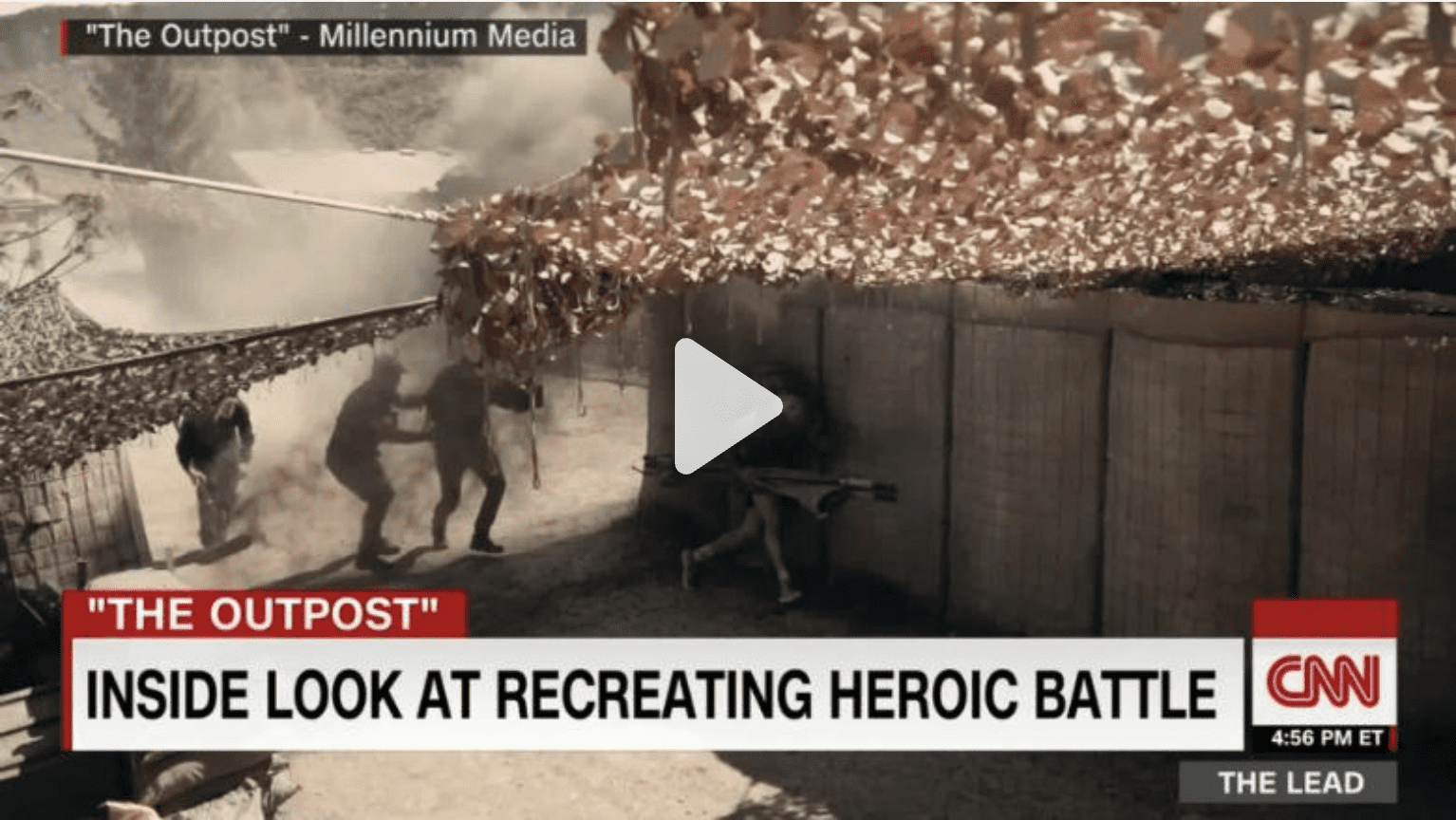 Exclusive video footage from the filming of “The Outpost” in Bulgaria was shown in Nick Paton Walsh’s report for CNN: ‘The Outpost’: The horror of Afghanistan brought to Hollywood

The journalist shares his experience about being in Afganistan in 2009 and reliving the events today: “Exactly nine years later, I find myself standing in COP Keating again. Yet this time it’s in Bulgaria. A short drive from Sofia, Millennium Films has painstakingly recreated the base. It is larger in scale, which at first bewilders me, and without the deadly hills — they would have to be added later by CGI. The tiny place that had seemed so forlorn in person now comes across as the stuff of painful legend. Orlando Bloom, Scott Eastwood and Caleb Landry Jones lead a cast that contains actual survivors from the battle: some playing themselves, others their platoon colleagues. A West Point graduate, Rod Lurie, is even directing the film. It is more than a little jarring to see it all again. At one point, fake Taliban pop up from behind rocks and pretend to opened fire on us. It’s difficult to resist the instinct to duck down.”

The reporter’s team visited “The Outpost” set near Sofia together with their colleague Jake Tapper – CNN’s anchor and Chief Washington Correspondent as well as author of the book on which the script of the new movie is based.

“You think, in a battle like COP Keating,” says Tapper, “that they’d be motivated by their hatred of the enemy, their anger. And the truth of the matter is they are motivated by the love they have for their brothers in arms. The desire to save each other. There’s such a chasm between the 1% of the country who serve and the 99% who don’t — of which I am in the latter group — there’s such an inability to understand why they do what they do. But every one of the eight guys who was killed was killed in a mission of trying to help somebody else.”

The article wraps up with a word from Daniel Rodriguez, who is a Keating survivor and plays himself in the movie. “If you think of the Vietnam-era films and the WWII films, you do them after the war has already been done. But we live in a here-and-now generation. Let’s show the world how horrific it is, yet still leave our people over there at the same time.”

“There’s that expression: you die twice — once when you pass away, and then again when your name is spoken for the last time by somebody out there,” says director Rod Lurie in another piece for Variety. “And at least with a movie like this, these men’s names will be spoken in perpetuity. So it was a very personal film to make.”