Even the snowstorm on the first spring days and the mid-class fatigue cannot stop the 26 would-be screenwriting stars from improving their plots. As their Nu Boyana adventure passed its half the scripts are becoming more sophisticated and the fantasy gets wild. But to what extent a screenwriter can set it free? It was time to learn the major difference between writing and screenwriting. The final product of the latter is a movie. Thus it is necessary to acknowledge that whatever is on the paper is possible to be turned into a stunning picture. As their mentor and supporter Golan Ramras was off to the US for two days the students were touring Nu Boyana film studios, to explore how their words turn into moving pictures. 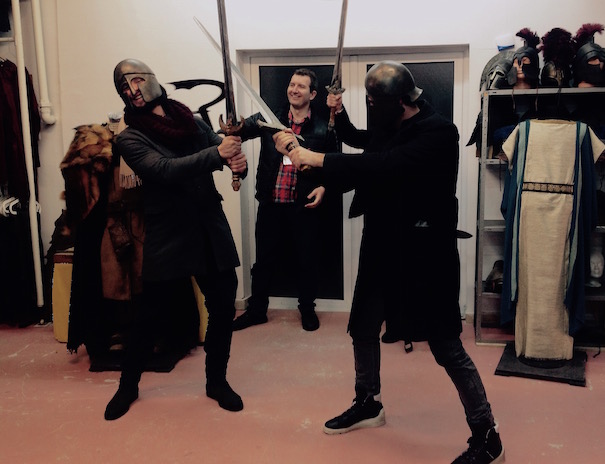 “What should I do, once done with the script? How can I insure it becomes a movie?” These were the first questions to be answered. Day one started with a lecture on all the complicacies of filing a request to a studio and making sure the shooting process goes smoothly. Next everyone found something to cater their taste and script. 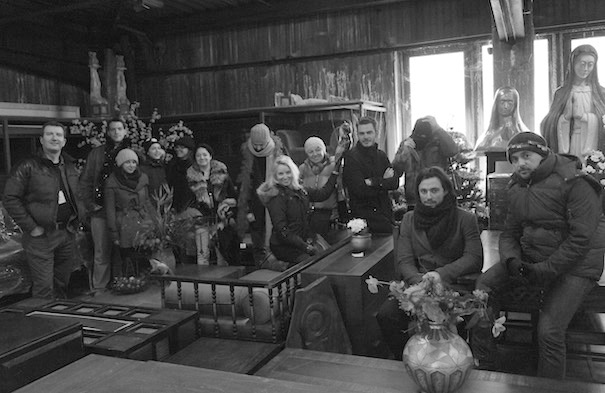 Those working on a sci-fi story or an action saw how robots, aliens and corpses are created in the Special Effects department. Screenwriters inspired by history enjoyed trying on ancient and modernistic costumes from the vast wardrobe. At the end the students had a chance to take a shot with a professional ALEXA camera in the camera department. 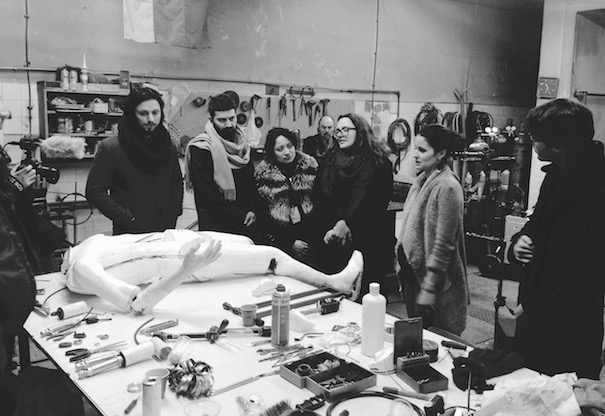 In day two the students had a chance to listen and talk to the reps of editing and lightening department. On the example of Septembers of Shiraz, the first movie to follow the entire process from Script to Screen in Nu Boyana Studios, and other films they explained why it is necessary to think about the color scheme of each and every scene. Novices to the filmmaking found out what is a story board and how the footage is assembled into a movie in a way they work with words for their stories. Finally to have some stretch the students got ready for a travel in place and time while having a walk around the studio sets. 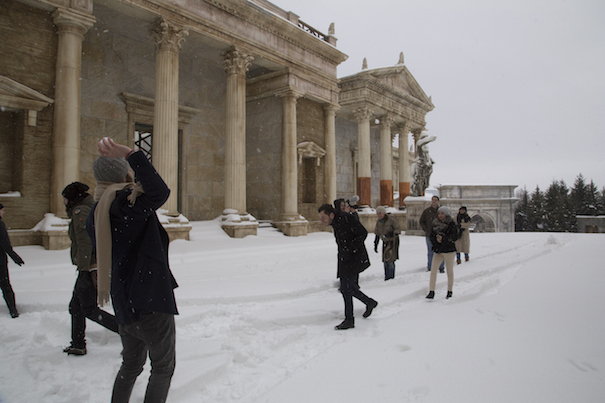 And it doesn’t matter that almost all the sets were covered with snow. It turned out snowballs and snowman making amid the ancient Roman buildings are the best way to enhance creativity and feed the muses. Just in time. Mr. Ramras is back and the screenwriters are at their desks again polishing their characters and twisting the action even more. Stay tuned and find out which of the ambitious screenwriters will get a chance to shoot their first feature in the largest film studios in Eastern Europe.