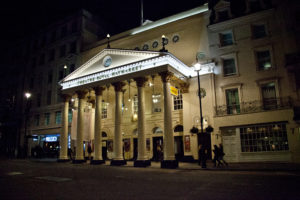 Everyone has a unique perspective on the world – every body sees the same thing differently.  In one sense we are the same thing (processed sunshine to be precise) but  in another, we are all unique. So what is it that processes the world and how do we communicate this to others?

A picture says a thousand words and in every second of film you have the opportunity to say 24,000.  Nu Boyana Studios is proud to open up its doors to anyone who has a story to tell.

The amazing thing about this course is the opportunity to see your story on the big screen. One lucky writer will get chosen for Phase two of the film – production. The studio will take a second group of students through the entire film making process and produce the script.

The third phase of the course will be post-production in which the next group of students will edit and prepare the movie for the big screen. The movie will then be submitted to festivals around the world.

What makes this course unique is that your project will receive the full support of working studio. Not only you will get to interact and witness industry professionals. You will also have the opportunity to garner knowledge from directors, DPs, VFX professionals while you will be working on your project. Do not fear if you cannot string a sentence together, its probably why you are signing up in the first place.

In Hollywood there is a saying “no one lets you make a movie, until you make a movie” Ask director Wayne Blair who made a little movie called Saphires and now is finishing up Septembers of Shiraz or Arial Vromen who directed the Iceman and is finishing up his second feature Criminal if this is the case. It takes commitment, perseverance, focus, and saying yes to opportunities in life.