Apply now to [email protected] and get into the real filmmaking process, turning a script into a movie! Gain hands-on experience in cinematic arts, guided by acknowledged working professionals in the international movie industry. Join Nu Boyana Film School on this exciting MAKING THE MOVIE adventure!
Duration
Apr 17th – May 22nd
Application:
Send your CV/Resume to [email protected] not later than March 29th
Write us why you should be part of our Directing, Cinematography or Production department on this project! 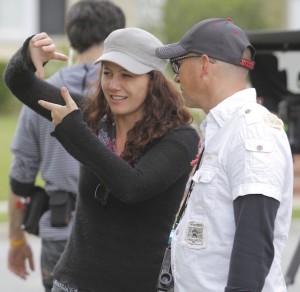 AMBIKA LEIGH is an award-winning director, editor, producer and writer who has created hundreds of hours of film and digital content throughout her multi-faceted career. After working with Academy-Award winning producer Mark R. Harris (Crash and Gods and Monsters) as a development executive and creative producer, she began her own production company, On Purpose Pictures, where she has directed, produced and edited dozens of short films, web series, promotional videos, documentaries, yoga and fitness videos, and live-streamed events, including in-depth interviews with over 30 Emmy nominees.

Ambika possesses a strong and innate sense of the entire filmmaking process – logistical, technical and creative – making her a bright independent force on the scene. In her time in Hollywood, she has worked on projects for PBS, Apple, Sony Pictures, DirecTV, Panasonic, Technicolor, and Microsoft, as well as with Emmy-nominated director Stephen Gyllenhaal, actresses and producers Gabrielle Anwar and Catherine Oxenberg, and Grammy award-winning musicians India.Arie, will.i.am and John Legend.

Currently, in addition to running her busy production company, she teaches post-production for RED Digital Cinema, mentors others filmmakers, is an active member of the film collective We Make Movies, and is in development on several feature film projects. 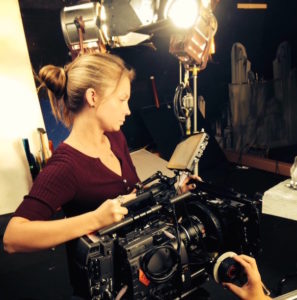 LAURA BETH LOVE is a Los Angeles-based producer and cinematographer with a unique blend of thoughtful artistry and technical expertise. After earning a Bachelor of Fine Arts degree from the University of North Carolina – School of the Arts, School of Filmmaking, she has served as a freelance cinematographer on over 100 productions, including 21 feature films. Her credits include: “Bound (2015)”, “Jailbait:17& Life”, “The Coed and the Zombie Stoner”, and “Nora’s Hair Salon 2.” In addition to being a cinematographer, Laura Beth contributes as producer, co-writer, editor or co-director on the majority of productions that she shoots.

Laura Beth’s work can be found in virtually all means of distribution. She has several feature-length titles available on Netflix, Amazon, iTunes, and Best Buy. In 2011, Laura Beth was awarded “Best Cinematography” at the Underdogs film festival for her work on “Eve: Beauty and the Blade.” She has shot several nationally airing commercials, and many of her feature-length and short films have screened in film festivals around the world. Her recent feature, “Bound (2015)”, had a nation-wide, limited, theatrical release.

Having previously served 3.5 years as Associate Course Director of Cinematography for the Los Angeles Film School, Laura Beth continues to educate young filmmakers through guest teaching and individual mentorship, as well as through her burgeoning You Tube Channel: lBLoveCinematography.