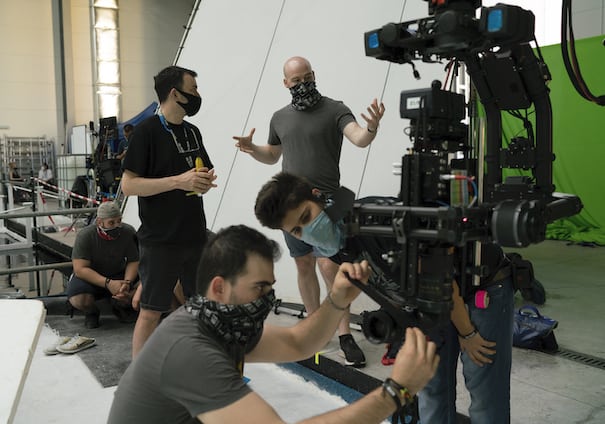 Keep the cameras rolling! COVID-19 was a major challenge for our industry but we adapted well. New rules, new positions, new beginnings. Here is how we managed at Nu Boyana Film Studios. Watch the special report by Scott Roxborough for Deutsche Welle and Arts 21 Program.

In the past 9 months our team at Nu Boyana studios kept going and learning valuable lessons on the way. With good preparation, planning and flexibility, we completed the production of 8 feature films* and 16 international commercials for world brands.

The credit goes to all Bulgarian and foreign professionals, involved in the process, including the team of our in-house company B2Y Productions – for their hard work, resilience and dedication.

Most decisions we made this year proved that taking risks and being innovative pays off and makes you stronger!

We know that there are more challenges ahead but we are ready to tackle them, living up to the highest standards in the industry.

Looking forward to working with you in 2021!

Feature films we hosted at the studios in 2020:

AFTER WE FELL & AFTER EVER HAPPY (Voltage), directed by Castille Landon

THE ASSET (Millennium Media), directed by Martin Campbell; We also finished the post production of the project at the studios.