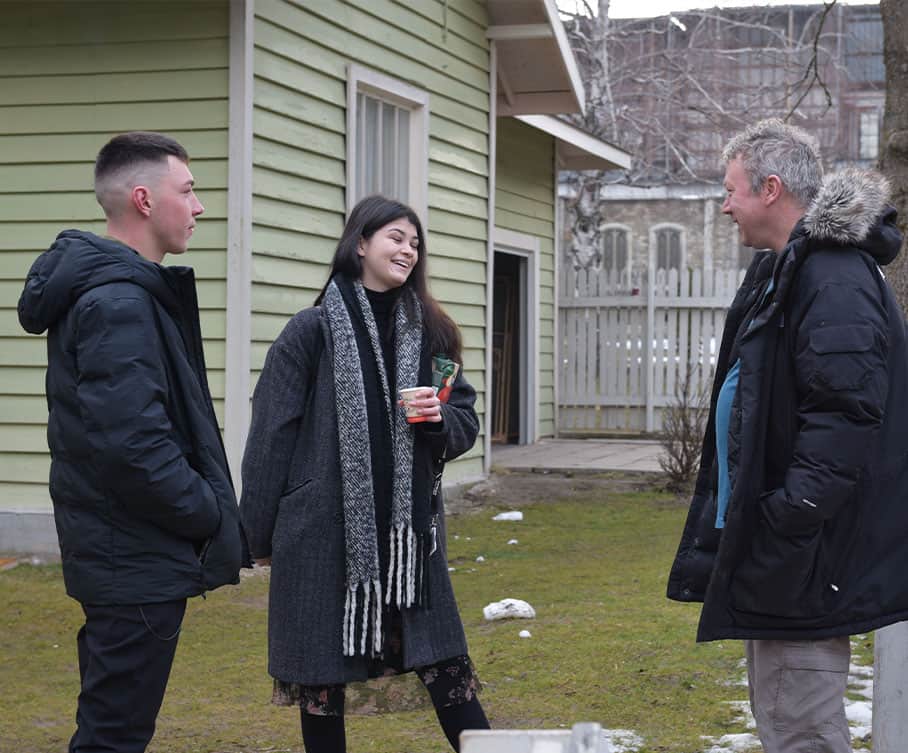 It was a whirlwind to organize but we did it! Having run FilmForge for two years prior to the pandemic, one would think it would be plug and play, but so many things needed dusting off and other things needed a complete overhaul.

Working in the “new” world was something we were familiar with due to the movies accomplished but a lot has changed as well.

There are some people who deserve special thanks here and I’d like to give credit to the mentors who poured their heart and soul into their teaching. Walking and talking with the students I could see their enthusiasm, and this would not have been possible without the enthusiasm of the teachers. There is a distinction between an educator and a teacher, and I’d like to explore that a little bit more.

Educate comes from the latin “educere” which means to draw from within, whereas teacher means a person who helps another acquire knowledge. A teacher points to a particular direction and guides a student whereas an educator points within and helps you remember what you already know.

The first thing we asked of the students was to bring diligence and enthusiasm but the next thing we asked them to do was to make errors of commission not omission. An error of commission means you try something and if it fails you at least understand why it fails. An error of omission means you dont try it and you fail because you didn’t attempt. I’m reminded of one of my favorite poems by Teddy Roosevelt called The Man in the Arena. I’ll abridge it but if you want to read the full one (click here). For those of you that have less time in the day here is the basic tenet.

It’s not the critic who counts, nor the man who points out how the strong man stumbled. The real credit belongs to the man in the arena, whose face is marred with dust and sweat so that his place is never with those cold and timorous souls who know neither victory nor defeat.

Risks we choose to take

I was recently criticized for a business decision I made. I was angry for two main reasons. Firstly, the criticism was inaccurate but more importantly, I respected and cared for the critic. I spent the day fuming but then I realized that the world is filled with judgment and if you were to avoid judgment you should just stay in bed under the covers and wait for the inevitable to occur.

These last two years have done just that to us. They put us behind masks and told us to stay away from people. This was for a very simple reason, we were completely unprepared for a global pandemic. The health system was ill-equipped to deal with the masses that needed attention so the best solution was to tell us to stay put. Our kinetic energy became potential but now it’s time to choose which way we go forward. Now is the perfect time to start a new endeavour, to get out there and reignite the passion within and start telling our stories to the world.

Below is the video that came together during our Camera Grip and Electric course at Film Forge.

Next course at Film Forge

Our next course starts March 7th – titled “The Art of Production Design”. After this, we will be announcing a very special short movie course open to a very limited number of students. Watch this space for more info.

To register for the Art of Production Design course visit www.filmforge.org.